Frank Praill was born in England and came to Canada in the late 1800's. He began gardening as a hobby and in 1903 married and moved to Vancouver BC, where in 1913 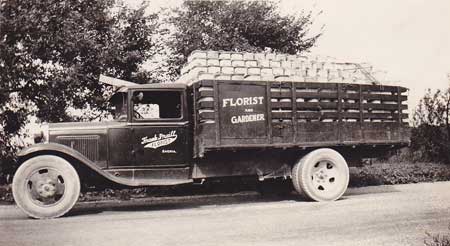 he won a prize for the best flower and vegetable garden in his district.

In 1915, Frank Praill, established Praill's Greenhouse at 1508 Blackwell Rd in Sarnia, Ontario, opened up a flower shop and occupied a stand in the market for 30 years. He became a fulltime gardener!

The original greenhouse was 18ft X 30 ft, today Praill's Greenhouse sits on over 6 acres of land and has over 40,000sq ft of Greenhouse space.

Upon Frank's death in 1946, his son Harold Praill assumed management of the family business. In an article  written in the Observer in 1953 Harold Praill when interviewed about his family business, was quoted to say “It’s a far cry from the olden days when our flowers were delivered to the market by horse and wagon".

In 1947 Harold realized the family business would continue with the birth of his only son Bruce Praill. Harold continued to manage the family business until his death in 1997. Harold was a longtime respected businessman and a founding member and president of the Sarnia Co‐operative farmers market. 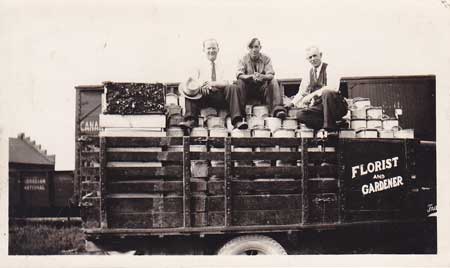 In 1997, Bruce Praill, the 3rd generation took over the family business. Today the 4th generation of Praill's, Sean, Ian and Chad with the help of their father Bruce, continue to provide the service and products that their father, grandfather and great grandfather were so proud and passionate about!

2015 marked the 100th Anniversary that Praill's Greenhouse has been serving Sarnia‐Lambton and Southwestern Ontario.

Located at the corner of